Staying cool at Disney World in the summer will ensure you have a much more enjoyable trip!

Get our best tips for staying cool at Disney World so you can beat the heat and conquer the parks!

Note: This post may contain affiliate links. If you make a purchase, we may receive a commission at no additional cost to you. You can read our full disclosure policy here.

The sticky, humid, and HOT climate of Florida rarely offers any relief for much of the year.

And because you’ll be spending a good portion of your time at Disney World out in the heat, you’ll want to take measures to keep yourself cool.

Not only do you want to avoid the Disney Rash, but you definitely don’t want to succumb to heat exhaustion (or worse, heat stroke) during your stay at Disney World.

Heat exhaustion can happen when your body gets too hot and can’t cool down on its own. This can be due to physical activity, particularly in hot, humid weather (hello, Florida!).

It’s critical that you help keep your body from overheating during your day at Disney.

How to Stay Cool on a Hot Day at Disney World

There are several ways to keep cool during your time at Disney World.

You’ll want to take advantage of every opportunity to cool down–let’s look at some of my favorite ways to enjoy summer at Disney World!

Of course nothing works to keep you cool like staying hydrated.

During physical activity on a hot day, your body loses fluids through sweat. If you don’t replenish those fluids by drinking plenty of water or other liquids, you can become dehydrated.

Dehydration can also put you at increased risk for heat exhaustion.

You can also go to any counter-service restaurant and request a free cup of ice water, which you can drink right away or pour into your water bottle.

There are water bottle refilling stations you can use throughout Disney property for ease and convenience.

2. Use a Cooling Towel

We’ve written an entire guide to buying the best personal misting fans for Disney World, and those are a fabulous way to cool off during the heat of the day.

Cooling towels are another helpful piece of gear that can help you beat the heat. 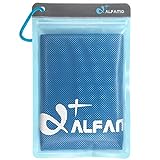 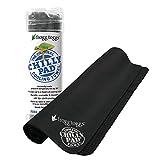 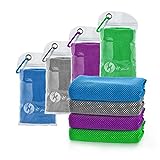 To use, you soak a cooling towel in water, then wring it out completely. You’ll then snap it a few times.

When placed against the skin, it works through evaporative cooling to help pull heat away from your skin–but it won’t soak your clothes!

There are many stores, restaurants and shaded areas throughout Disney property which provide a great opportunity to take a break and cool off.

Disney World wait times can be long during peak season, and you don’t want to be stuck in the sun during the hottest part of the day.

There have been many times during my trips to Disney in which we purposefully walked through stores as a cut-through, instead of the hot, crowded streets.

For example, Main Street in Magic kingdom is lined with several stores and eateries that are connected, so you can walk through all of them as you make your way down the street. Take a break for some Disney pin trading in the heat of the afternoon.

Additionally, while many rides offer a break from the scorching temps, you want to make the most of them and choose longer rides during hotter times of day for optimal relief.

For example, some indoor attractions, such as The Carousel of Progress, will last longer than quicker rides such as Peter Pan’s Flight.

As a bonus, taking a little break will also help give your Disney feet a break!

Here’s a list of some indoor attractions to take advantage of (be sure to read up on the Disney World height requirements first)!

Indoor Attractions for a Hot Day at Magic Kingdom:

Indoor Attractions for a Hot Day at Hollywood Studios

Indoor Attractions for a Hot Day at Epcot

Indoor Attractions for a Hot Day at Animal Kingdom

Also, there are many refreshing food options to choose from during your park visit.

A cold and sweet Mickey premium bar is a classic and can’t be beat–it’s one of our favorite iconic snacks at Disney World.  The tropical soft-serve Dole Whip is also a park favorite.

Fresh fruit is another way to cool off and get some extra liquids in your system.

You can find fresh fruit at the following locations in the parks:

If you want a nice cold beverage in a far away land, Olga’s Cantina in Hollywood Studios is just one of many stops that offer cold, alcoholic drinks.  Their Fuzzy Tauntaun is a popular option.

For a caffeine pick-me-up you can order iced coffees at any of the several Starbucks on property.

Chances are your hotel has a nice pool–why not take advantage of it?

If you’re spending your day in the park, I’m willing to bet by mid-day you’re more than ready for a break.

Jumping into a nice, cold, pool is just the ticket!  Then, once you’re done, head back into the parks for more Disney fun.

An added bonus is the parks will be a little cooler at nighttime so it’s a win, win.

There are a couple of water rides at Disney you can take advantage of as well.

Splash Mountain in Magic Kingdom and Kali River Rapids in Animal Kingdom are two rides you will be sure to cool off on.

I would recommend waiting to ride these until peak temperatures during the day such as early to mid-afternoon.  But beware, you will definitely get wet on these rides!

Disney also features water parks which offer a great way to have fun and stay cool all day long.  Typhoon Lagoon and Blizzard Beach offer something fun for everyone in your family.

Beating the Heat at Disney World

With some planning, the right gear, and the right strategy, you can stay cool at Disney without sacrificing any fun.

Be sure to take care of yourself, stay hydrated, and take advantage of opportunities to cool off during the heat of the day so you can enjoy your visit as much as possible!

Previous Post: « Stay Cool with the Best Misting Fans for Disney World
Next Post: Your Ultimate Guide to Christmas at Disney World »